Pope John Paul II ignited rapport with young people in the early years of his papacy. For example, on his first visit to the United States in October 1979, he wooed tens of thousands of teenagers at Madison Square Garden in New York City. With school bands blaring popular music, he rode the “popemobile” up and down the aisles, greeting the kids and touching their outstretched hands. A riot of cheers echoed in the hall. At one point the youth began to chant “John Paul II, we love you!” The pope, smiling broadly, responded with, “woo-hoo-woo, John Paul II, he loves you.” This cheer sums up one reason why young people rallied around him: He won their affection because they could feel his love for them.

Karol Wojtyla discovered his charism for relating to youth early in his priesthood. He served as a chaplain to university students in Krákow. He invited these young men and women to join him at weekday Masses, gave them conferences, and took them hiking and kayaking. Gradually, an informal community of young people formed around the future pope, sharing their lives with him. He was able to lead them to Christ and help them develop a modern Catholic lifestyle. He called this group his “Srodowisko,” which meant his “accompaniment,” and they became his lifelong friends. As Pope John Paul II looked back on the days of his Srodowisko, his vision for World Youth Days was born. He realized that if he could accompany a small group of university students, he could also accompany the youth of the world and become their friend.

In 1985 a quarter million young people gathered around him in Rome, and youth in dioceses throughout the world celebrated the first official World Youth Day (WYD) in 1986. Then the pope invited youth biennially to WYDs with him at international sites, beginning in 1987 at Buenos Aires. In alternate years, dioceses everywhere sponsored WYDs. Millions of young people from all over the world attended these joyous international celebrations. In fact, the closing Mass of the 1995 WYD in Manila drew five to seven million people, probably the largest gathering in human history.

Pope John Paul II earned the confidence of youth because he took them seriously. They sensed that he understood their concerns. He challenged them to give their lives to Christ. He appealed to their high ideals, inviting them to take a lead in the New Evangelization.

His message for the 1995 WYD typified his approach to young people. First, he reminded them that the Lord had touched their lives and urged them to continue to seek him in earnest prayer. Then he called on them to collaborate with him in proclaiming the gospel:

You, young people, are especially called to become missionaries of this New Evangelization, by daily witnessing to the Word that saves. You personally experience the anxieties of the present historical period, fraught with hope and doubt, in which it can at times be easy to lose the way that leads to the encounter with Christ. . . . The Church entrusts to young people the task of proclaiming to the world the joy which springs from having met Christ. Dear friends, allow yourselves to be drawn to Christ, accept his invitation to follow him. Go and preach the Good News that redeems; do it with happiness in your hearts and become communicators of hope in a world which is often tempted to despair, communicators of faith in a society which at times seems resigned to disbelief, communicators of love, in daily events that are often marked by a mentality of the most unbridled selfishness.

With such heart-to-heart communication, the pope created a dynamic friendship with millions of youth. Few if any of us will have opportunities to influence so many people for Christ and the Church. But John Paul II’s example teaches us the important lesson that making friends is the prerequisite to all evangelization. 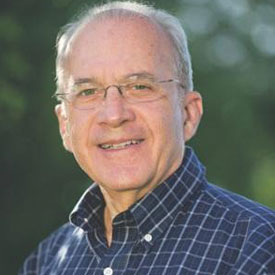 Bert Ghezzi is the author of twenty books, including Voices of the Saints, Mystics and Miracles, and Sacred Passages.