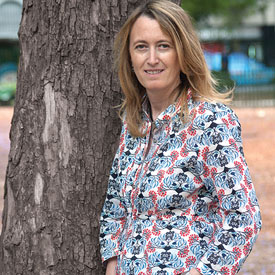 Elisabetta Piqué has been a correspondent in Italy and the Vatican for La Nación, Argentina’s main newspaper, since 1999. She was the only reporter to write that Cardinal Bergoglio, whom she has known since 2001, would be elected pope. Born in Florence, Italy, she was educated and grew up in Argentina. After obtaining a degree in Political Sciences and International Relations from the Catholic University of Buenos Aires, she began her journalistic career. She reported on wars and conflicts in Afghanistan, Iraq, Kosovo, the Middle East and major international events including the handover of Hong Kong to China. Since Pope Francis’ election she has focused on him.

See all books by Elisabetta Piqué