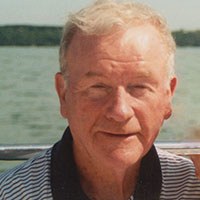 ​Terry Brennan played halfback at the University of Notre Dame from 1945 to 1948. In 1954, at the age of 25, he became Notre Dame’s youngest football coach, serving as head coach until 1958. In his five seasons as head coach for the Fighting Irish, Terry Brennan compiled an overall record of 32–18 while playing one of the most challenging schedules in college football history.

See all books by Terry Brennan