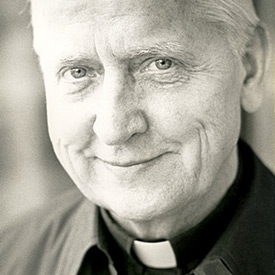 Walter J Ciszek S.J. (1904-1984) spent 23 years in the Soviet Union in various prisons and work camps. Upon his return to the United States in 1963, he was assigned to Fordham University in New York City where, until his death, he was a much sought after retreat master and spiritual director.