Every weekend, I watch my boys relish their time together. They are separated during the week—two still at daycare and one in full-time school. So, all weekend long, they invent and play and lay close to one another as they watch TV. I find myself often standing in the doorway gazing in wonder at three little photocopies of my husband—three skinny, brown-haired, brown-eyed boys. Though their personalities are all unique, they are like three peas in a pod.

My husband and I got married on January 14th and a few months later were expecting my first son. Though he was due in early January, my son tends to be someone who likes to take his time with things, and he decided to wait to be born. A week after his due date, I was induced, and he arrived on January 12th. Eighteen months later, we found out we were expecting twins in early February. Since they were identical, however, they would not let me go to full-term. The mathematician in me had a fleeting thought of, “Wouldn’t it be wonderful if they came on January 13th and split the difference between our anniversary and our oldest son’s birthday?” I had, however, no control over this actually happening.

So, on my son’s second birthday, my husband and I took him out for a special birthday dinner. We had a great evening, just the three of us. I still remember his little newly two-year-old face trying hard to blow out the candle on a wobbly piece of flan as the waitstaff gathered around him, singing. As my son dug into his birthday treat, I leaned over and told him, “Happy birthday, buddy! Hopefully soon you will have two little playmates as your present!” The next day, I went to work and then a routine check-up on the babies. At my appointment, I found out I was in labor and had to have a C-section that evening. My husband raced from work to get our son and my bag and get to the hospital in time. My doctor was, thankfully, patient enough to wait for him to arrive. And luckily my sister and father-in-law arrived shortly after my husband did to watch my son as I was wheeled away into surgery. After a quick surgery with each one entering this world only minutes apart, my twin boys arrived on January 13th.

When I was wheeled out of surgery into the recovery room, I was thankful to see that my son was still there waiting for us. He got to be one of the first people to meet the twins. My husband lifted him up over the glass bassinet. Dressed in his new “Big Brother” shirt, he stared down at the two little babies swaddled closely together as I whispered to him, “Happy belated birthday, buddy. We got you brothers!” He was not talking much at the time but managed to squeak out a “Mine?” We all laughed as he laid claim on his “presents.”

I could not have imagined when my husband and I were planning our wedding that this would be the week that all of our boys would be born as well. This little random gift of three days in a row of celebration makes me smile every time it comes around, like God was shining down on our little family and marking the moment in time when we became an “us.” I also am struck with gratitude that I was able to be where I needed to be to deliver the boys safely and that my oldest son was there from the very beginning. It is a gift I try not to take for granted. I do my best to leave that week in January free of any work commitments as best I can, so that we can spend time together celebrating our family.

God acts sometimes in the most subtle ways, and each time I see these three boys blow out candles on their shared cake, I remember this gift. 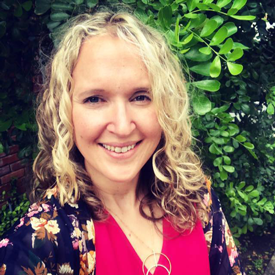