Failte. Welcome, friends. My name is Julianne Stanz, and I want to share with you one of my favorite Irish Christmas traditions. Growing up in Ireland, it was a common sight to see a single candle placed in the window of homes throughout the Christmas season.

The single lit candle placed in the window represented a time when the Irish were heavily persecuted and oppressed for their faith. During this time it was forbidden for Catholics to gather publicly for prayer, and the public practice of Mass was outlawed. However, the Irish still found many ways to secretly practice their faith without drawing the negative attention of the authorities.

On Christmas Eve, a single lit candle was placed in the window of a home that was easily visible to anyone wandering by. Traditionally the candle was lit by the youngest person in the family and had to be extinguished by a child named Mary. At its heart, though, the candle was a beacon of hope and hospitality, indicating a home that was welcoming to all strangers but particularly those who wandered the highways and byways of Ireland.

If the family was questioned about the practice by the authorities, they would explain that the candle was a symbol of their welcome to Mary and Joseph as they wandered the roads on Christmas Eve, looking for a place to rest and give birth to the baby Jesus.

You can learn more about Celtic prayers, Christmas traditions, and blessings in my book, Braving the Thin Places. 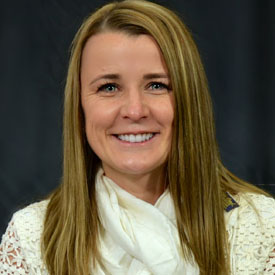 Julianne Stanz is a nationally known speaker, retreat leader, storyteller, and the Director of New Evangelization for the Diocese of Green Bay and a consultant to the USCCB Committee on Catechesis and Evangelization.

In The Shepherd’s Story, children will discover the true meaning of Christmas as told through a classic and beloved rhyme scheme. Resources to accompany this beautifully illustrated book are available at www.shepherdsstory.com, including an activity pack with a maze, a coloring page, Christmas cards to share, and more.