Cantor Belts Out Her Faith

Over the past six years, my “day job” has been at the Association of Jesuit Colleges and Universities (AJCU) in Washington, D.C. But outside the office, I have a second career that is equally fulfilling: serving as a cantor and choir member in the Washington metropolitan region.

My love for music began as a child when I first took up piano, and continued through high school when I began studying voice and performing in musicals and choral groups. In college, my singing became more than just a hobby; it became a way for me to express and deepen my Catholic faith.

In summer 2004, after my freshman year at Fordham, I went on a tour with the Fordham University Choir to Spain, where we visited sites significant to the life of St. Ignatius of Loyola, and sang sacred music and folk songs for audiences from Barcelona to Madrid. Not only was this tour spiritually influential, it also allowed me to grow as a singer and learn how to connect with audiences, regardless of language barriers. Music truly is a global language that unites people of diffe

rent races, nationalities and creeds. I feel blessed to have had the opportunity to take this musical pilgrimage that set the tone for my future experiences singing in multiple languages for both local and ethnic audiences.

One such experience occurred in 2008, when I was selected to sing in the Papal Mass Choir for the Eucharist that Pope Benedict XVI celebrated in Washington, D.C. For weeks, I rehearsed hundreds of pages of music that I would sing as one of the 250 voices at Nationals Park for the televised Mass. On the day of the Mass, after several hours of preludes and anticipation, the Pope’s arrival in the stadium was certainly worth the wait! Although the Pope was hundreds of yards away from me, I will never forget how close I felt to Jesus and the Holy Spirit that day. And again, this experience reinforced my desire to use my voice to serve the Church and its people.

Since 2008, I have cantored for weddings, funerals, and Masses in both English and Lithuanian, which is my ethnic background. I have also sung other types of music, including Broadway hits for fundraisers, the national anthem at the Verizon Center, and the Lithuanian national anthem for foreign dignitaries. Recently, I have been working with a friend to arrange my own original compositions to begin performing later this year.

While all of my performances are meaningful in different ways, my experiences singing in the Catholic Church are the ones where I truly experience God working through me. My faith has always been strong, but music allows me to experience Mass more fully and develop a stronger connection to God and with my fellow Catholics, friends, and family. I am grateful for the gift of music, as well as my Catholic faith, and will keep combining them together as I continue my musical pilgrimage through life. 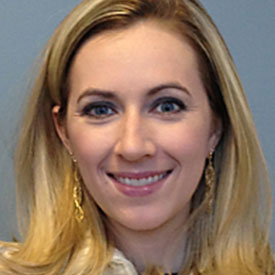 Deanna I. Howes is a published author with Loyola Press.