When Our Own Words Aren’t Enough

Traditional Prayers Connect Us to Something Bigger

All the great saints tell us the same thing about prayer. In the end, it is nothing but being present to the God who loves us and never leaves us. St. Teresa of Ávila, the great sixteenth-century mystic and reformer of Carmelite religious life, wrote about the simplicity of prayer. She said that prayer "means taking time frequently conversing in secret with Him Who, we know, loves us."

Centuries later, another Carmelite, St. Thérèse of Lisieux, took an equally uncomplicated view of prayer. She suggested that prayer is “a surge of the heart; it is a simple look turned toward heaven.”

God is our most intimate friend, our most faithful lover. He knows us better than we know ourselves, and he wants us to know and love him.

As with any friendship, there’s simply no way to make that happen without communication, without presence. I can swear up and down that I’m you’re friend, but if I never call you or spend time with you, my words are empty, and my claims to great friendship are at best a figment of my imagination, at worst a lie.

So developing that friendship with God takes communication, as the saints and common sense tells us. But how do we do that?

Bookstore shelves are filled with guides to prayer, and perhaps you’ve read some of them. Most of them emphasize mental prayer—meditation and contemplation—which makes sense. When people think of a deeper level of prayer, the type of prayer that might require study and practice, meditation is what they think of.

But in the midst of all of our silence, is there still room for spoken, traditional prayer? If so, where does it fit? And why should we even bother with words written by people who lived in other times and places and whose concerns and ways of thinking were different from ours? Isn’t it more authentic to pray with our own words rather than depend on the words of others?

The most important quality of any prayer is that it come from the heart and that it be honest. We don't pray to prove anything or to manipulate God into seeing things our way. We pray in order to draw closer to God, and we can’t do that unless we’re honest. So yes, mental prayer that is rooted in our own thoughts is a vital part of that communication.

But are there times when our own words aren’t enough?

Think about the times when you’ve had to struggle to express yourself to another person. Maybe it was when you were fifteen, deeply in love, and you were too petrified to express your feelings to the beloved. So you made a tape of a song that somehow, miraculously, put your feelings into words, with a good beat besides. What you couldn’t say, the song would.

Perhaps there was a moment when reconciliation was in order, and either pride or helplessness left you speechless. What did you do? Maybe you found a poem that said it for you, or even a card that you could slip into your husband’s briefcase before he left for work.

My mother was an expert at this sort of thing, at using the finely wrought words of others to make her own point. Every birthday, she sent out cards to me or her grandchildren, cards that might be unremarkable on the outside, but which on the inside she had copied, from one of her many reference books and anthologies, a most appropriate poem, all the more surprising because it was probably penned by some obscure eighteenth-century British poet. But somehow it always fit; it always captured who we were and, more important, who we could become.

We might try looking at these traditional prayers in the same way. St. Paul says that we “do not pray as we ought” (Romans 8:26). He helps us see that in the face of the complexity of life, of our great yearning, and of the mystery of God, it can be almost impossible to come up with the words that capture the depth of our feelings, especially when we are distracted by grief or fear.

At those times, it helps to have someone else’s words in front of us, words from the psalmist or one of the saints that express our need in a way that requires no more of us than we can give during a difficult time.

We’re Part of Something Bigger

The words of our traditional prayers are also gifts from the past, connecting us to something very important: the entirety of the Body of Christ, as it was then, as it is now, and as it will be to come.

How many billions of times have Christians recited the Lord’s Prayer? How many lips, both Jewish and Christian, have murmured the ancient words of the Psalms?

There is a sense in which each of us is alone in the universe. At the end, there is no one but us and God. We are beholden to no one but him, and he is the one we face with an accounting of how we have used this gift called life.

But we are not alone. We have billions of brothers and sisters, all of whom breathe the same air and whose souls look to the same heights for meaning and purpose.

We whisper the words of the Hail Mary at our child’s bedside, in concert, in God’s time, with every other mother who has looked to the Virgin for help and prayers when the burdens of parenthood seemed unbearably heavy.

Every child stumbling through the words of the Lord’s Prayer, offering up simple prayers for simple needs out of the simplest, deepest love—every one of those children has countless companions lisping through the same pleas, and we are among those companions.

Together we beg God for mercy, we rage at God in confusion, we praise God in full throat. And when we do so using the Psalms, we are one with the Jews and Christians who have begged, raged, and praised for three thousand years.

We’re not alone. And when we pray these ancient prayers, in the company of the living and the dead, we know this.

There’s one more reason to claim these prayers as our own, another dimension of Paul’s acknowledgment of our helplessness in prayer. So much of the time, we don't know what we really want.

Oh, we think we do. We sit down to pray, to present our lives to God, and we think we know exactly what we need; we’re approaching God, open to his wisdom and grace and power—but on our terms.

We can’t see the big picture. Understandably enough, we want our suffering to end now. We want life to change so that we’re more comfortable living it.

We’re like children who blame our unhappiness on the fact that it’s Wednesday in the middle of math class instead of Saturday, or that we have an unappetizing plate of turnips (is there any other kind?) in front of us, or that our parents are hopeless dweebs.

We blame our inner discord on what’s outside, never thinking for a moment that there might be a bigger purpose to it all, lessons to be learned, and strength to be gained.

And how often do even our circular, self-referential prayers reflect that shortsightedness? How often does our undisciplined mental prayer end up being one more kvetch, one more plea for God to change life so that we don’t have to?

Here is what these ancient prayers, worn and prayed by billions, bring to that experience: They bring a sense of a wider context. They reflect the experience of the ages, the experience of those who have not only been in the mess we're in but endured to the other side of it and seen its purpose. These prayers express the wisdom of the saints, whose sharp vision helped them see God’s purpose in everything both beautiful and wretched. They bring God’s word, in which everything is said, if we only listen.

These prayers—conceived in the womb of God’s people, brought to birth, and nurtured by their experiences of hope and faith—are treasures worth rediscovering. They give us words when words are beyond us. They link us to our brothers and sisters, past, present, and future. And they put our yearnings and questions in a context in which they will be answered by the wisdom of the holy ones and the revelatory word of God rather than kept in the confines of the present moment. When we explore the history of how these prayers were composed and used, we hook into those original impulses that gave birth to the words and shaped them, impulses and yearnings that we still possess because God is still God and we are still human. Some things have changed, but the most important things haven’t.

From The Words We Pray by Amy Welborn 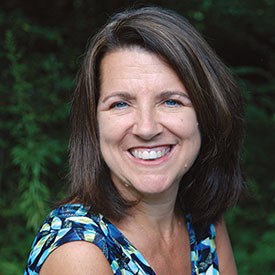