The Way of Discipleship 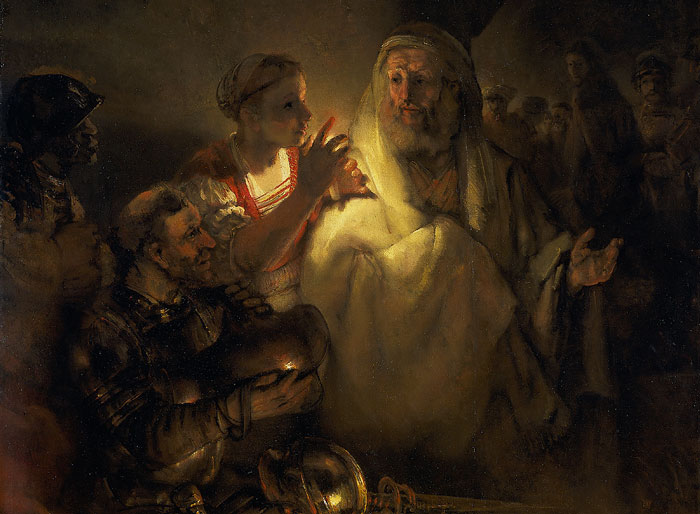 Part 3 of the Embracing the Way series examines Jesus’ call to discipleship.

Jesus calls us all to discipleship. The Second Vatican Council teaches that the call to holiness is universal, and all are called to be saints in whatever local environment God has called them to. We are all called to be disciples today.

Discipleship in the New Testament

Jesus called his first disciples from the middle of their daily lives to follow him. While they were initially enthusiastic, they eventually discovered that the path they were called to follow was not one of gaining earthly power and prestige. Quite the opposite: Jesus was calling them to follow the path of being servants to others culminating, in the Way of the Cross. (Matthew 20:27–28) For most of the disciples the shock of Jesus’ arrest, torture, and crucifixion was too great to endure and they abandoned him on the way to Calvary.

The appearances of Jesus to the disciples after the Resurrection were experiences of forgiveness and reconciliation. In the coming of the Holy Spirit the disciples were newly inspired to proclaim to the world that salvation had come through Jesus’ Life, Death, Resurrection, and Ascension. They were sent out to proclaim salvation, to heal the sick, to cast out demons. They were especially sent out to love all those whom Jesus loves: “This is my commandment, that you love one another as I have loved you. No one has greater love than this, to lay down one’s life for one’s friends.” (John 15:12–13)

Discipleship during the Roman Empire

Early Christians moved into a hostile world. In the Roman Empire the person of the emperor was considered divine, and local communities celebrated their local gods in order to hopefully reap the benefits of their devotion. Christians did not participate in emperor worship nor the drunken festivals celebrating local gods. Christians were considered atheists and were blamed when things went wrong. While periods of extreme persecution were sporadic, there were martyrs in every generation and martyrdom was considered the ultimate expression of discipleship.

The discipleship of martyrdom is not simply the story of past heroic saints. More Christians are being persecuted and dying for their faith today then did in the first three centuries. Today Christian refugees numbering in the thousands are fleeing their tormentors. There are the horrid images of Christians losing their heads for the world to see. Unfortunately many Christians in the West are indifferent to the suffering of their fellow brothers and sisters.

Roman persecution officially ended with the reign of the Roman emperor Constantine. As Christianity became more in favor, many rushed to become Christian because it now provided a path to economic and social benefits. In this new environment many walked away from the worldly benefits of being Christian into the desert to lead lives of fasting and prayer. This was the beginning of the monastic movements modeled after the example of St. Antony the Great (c. 251–356) who sold his property and withdrew into the desert in order to live gospel values more faithfully.

The monastic movement in Western Catholicism following the principles of St. Benedict of Nursia (480–547) was foundational for the development of western civilization. With the dissolution of the institutions of the Roman Empire and the waves of Germanic tribes resettling inside the borders of empire, there were centuries of disorder. Monastic communities became beacons of light, models of stable, hospitable communities, and preservers of culture in these unsettling times.

Discipleship in the Cities

By the late 1100s and 1200s the economy in western Christianity began to revive: more cities were growing, people were becoming more literate and a new model of discipleship was called for. There were a number of lay movements springing up; each seeking a more mobile spirituality not tied to monastic life. A number of these became extreme in their criticism of the institutional Church.

Among these came the life and ministry of St. Francis of Assisi (1181–1226) and St. Dominic Guzman (1170–1221), who called their followers to leave their families and possessions to follow Jesus more closely. This led to the establishment of Franciscan Dominican communities. These mendicant communities were not tied to the monasteries and could go out among the people to preach the Gospel in their social environments.

The sure way to holiness and honest discipleship is in discerning how we may witness to the risen Christ in the course of our day, with the people we encounter, with the tasks that we do.

Western Christianity entered a period of severe trial with the Reformation beginning in 1517 with Martin Luther’s challenge to the Church’s teaching of indulgences. In the fractious years that followed—including Christian on Christian wars and violence—the Church clarified its teaching in the Council of Trent (1545–1563). The period of the Counter Reformation led to the renovation of the Catholic priesthood and the establishment of religious communities of priests and sisters who became missionaries in proclaiming the Gospel throughout the world. Wherever they went, they established communities dedicated to schools, hospitals, social services, and other charitable causes. The ideal of Christian discipleship as practiced by becoming a member of these communities or as diocesan priests was seen as a “better way” of serving God.

Discipleship as the Universal Call to Holiness

The Second Vatican Council (1962–1965) placed all the historical ideals of discipleship in perspective:

The classes and duties of life are many, but holiness is one—that sanctity which is cultivated by all who are moved by the Spirit of God, and who obey the voice of the Father and worship God the Father in spirit and in truth. These people follow the poor Christ, the humble and cross-bearing Christ in order to be worthy of being sharers in His glory. Every person must walk unhesitatingly according to his own personal gifts and duties in the path of living faith, which arouses hope and works through charity. (Dogmatic Constitution on the Church #41)

As Jesus did with the first disciples, the Council teaches that we are called to holiness in our daily lives and tasks. The sure way to holiness and honest discipleship is in discerning how we may witness to the risen Christ in the course of our day, with the people we encounter, with the tasks that we do.

It is also true that the Church on her pilgrimage leaves nothing behind. The ideals of discipleship mentioned earlier—martyrdom, monastic life, mendicant orders, religious communities, and diocesan priesthood—are ways of life and grace to encounter and proclaim Jesus Christ.

The Insights of Pope Francis

The Apostles, who saw the Risen Christ with their own eyes, could not keep silent about their extraordinary experience. He had shown himself to them so that the truth of his Resurrection would reach everyone by way of their witness. The Church has the duty to continue this mission over time. Every baptized person is called to bear witness, with their life and words, that Jesus is Risen, that Jesus is alive and present among us. We are all called to testify that Jesus is alive.

Scripture quotations are from the New Revised Standard Version Bible: Catholic Edition, copyright © 1989, 1993 National Council of the Churches of Christ in the United States of America.

Embracing the Way by James P. Campbell, D.Min. is a six-part web series that includes:

Part 2: Way of the Cross

Part 4: The Way of the Poor

Part 5: Mary: Mother and Companion in the Way

Part 6: The Way of Human Dignity

Embracing the Way of Jesus

This series is based on Embracing the Way of Jesus by Pope Francis, edited and compiled by James P. Campbell.

Embracing the Way of Jesus is a beautifully curated collection of excerpts from the homilies and writings of Pope Francis, all centering on Christianity as a way of life—or, as the earliest Christians would have understood it, “the Way.” Through the Pope’s meditations on Scripture, we pause to consider essential aspects of discipleship.