What Would You Take? 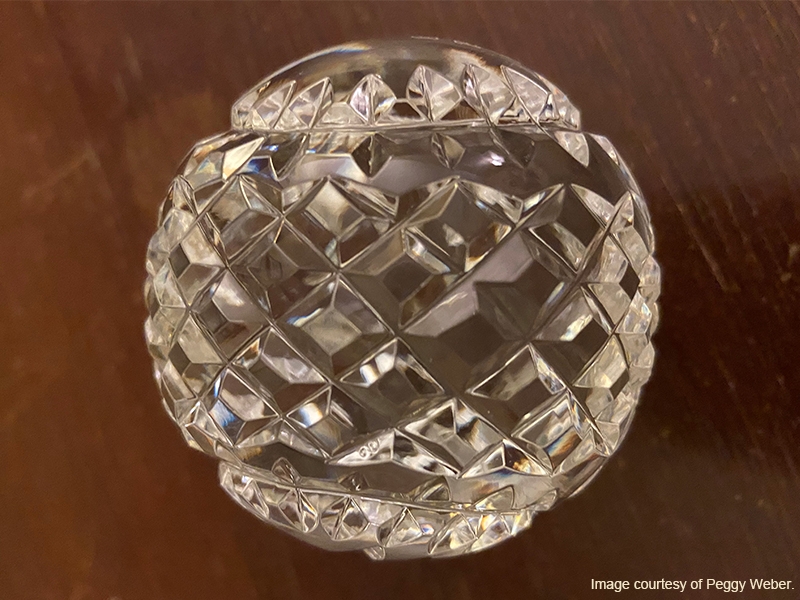 What would you take from your home if you had only a few minutes and no guarantee of returning?

I posed that question in my book, Enough as You Are, as a talking point for a chapter on what matters in life and how sometimes we get consumed with material things. When I answered my own question, I began to realize that a lot of things are just that—things. However, some “stuff” does matter.

When I pose the question, most people say they would grab photographs or valuable papers. Well, that is the whole idea—figuring out what matters, what lasts, in the midst of all the stuff.

One thing I would grab would be a small, Waterford crystal baseball.

Perhaps you are rolling your eyes right now. You might think, “Of all the things to grab, why would you take an easily breakable piece of glass?”

But the more I held it and looked at it, I realized that it meant so much more than a shiny object. My children and husband purchased it for me at the Baseball Hall of Fame in Cooperstown, NY. It was a wonderful family trip, and we still laugh about the quirky motel and the foggy ride in upstate New York.

The baseball is also is a symbol of our family’s love for the game of baseball. More importantly, it has the logo of the Boston Red Sox etched into the ball. Now, this was given to me almost a decade before the Red Sox won the World Series in 2004. So this ball meant loyalty to a team that had not won in more than 80 years.

And if that were not enough, this ball was made from Waterford crystal. It was from Ireland, the home of all of my ancestors. It represented the legacy of my grandfather, who arrived at Ellis Island at the turn of the 20th century with $10 in his pocket. This ball was an homage to my grandmother, who had lost both her parents by the time she was 20. She worked as domestic help, saved for her fare to America, and then managed, through the years, to bring all seven of her younger brothers and sisters to the States.

The ball means family, loyalty, and perseverance. I know it is just a piece of glass. But for me it is a great reminder of so many good things in my life.

Take a look around your house. Ask yourself:

And if you really have to get out, then just run. The gift of your life is the best “thing” of all. 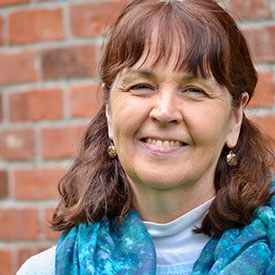 Peggy Weber is an award-winning journalist and author who has been working at her craft for almost 40 years, primarily with the Catholic press. The author of the popular "Spun from the Web" column, she loves her faith, family, baseball and chocolate, not necessarily in that order. She loves to laugh a lot—often at herself—which helps her to truly feel “enough.