Frederic Ozanam (1813–1853) was a Catholic layman in France. In 1832 an epidemic of cholera swept through Paris, killing up to 1,200 people each day. As Frederic walked through the poorer suburbs on his way to the university where he was a student, he was deeply moved at the hopeless state of families who had lost fathers and mothers. He and his six friends decided to see what they could do. They began by giving a widow the remainder of their winter wood supply.

Frederic and his friends continued their work, and soon they were helping the less-fortunate people of Paris in many ways. Some people scoffed and asked, “How can seven men make a difference?” But they did. Eventually they formed an association and called it the Society of St. Vincent de Paul. The society they began has today some 107,000 members in the United States and 1,000,000 worldwide in 130 countries, providing aid in the form of medical supplies, food for the poor, counseling and education programs, and other services.

As Christians, we are called to care for one another and for the world God created through small acts that are part of our daily lifestyle. We don’t have to look very far to find where we’re needed; if we pay attention, the opportunities are usually right under our noses, in our own families, schools, parishes, and neighborhoods. As Mother Teresa once said, “We can do no great things—only small things with great love.”

For more on one woman’s experience in working with the Society of St. Vincent de Paul, read the writings of Jane Knuth.

Excerpt from 52 Simple Ways to Talk with Your Kids about Faith by Jim Campbell. 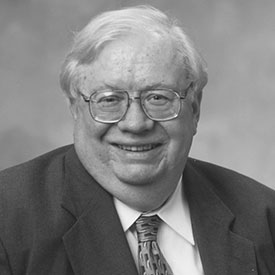