We Are Not Trying to Change the World

The first thing that I discover as a new member of the St. Vincent de Paul Society is that if I want to help the poor and expect to be thanked for it, then I am working for the wrong charity.

Everyone in the group is a volunteer. We have no executive director, no volunteer coordinator, and no recognition dinner at the end of the year. We do have an elected president, a vice-president, and a secretary, each of whom carry the responsibility of filling out and archiving the mountain of paperwork involved in running a nonprofit. These additional burdens are considerable, and no one expects the officers to stand at the door at closing time to shake our hands in gratitude as we leave for the day.

What’s more, the people we help are not usually having the best day of their lives when we meet them. They walk through our door seeking assistance with an eviction notice, a utility shut-off, or a prescription medicine they can’t afford, and they are more likely to be angry at the situation they find themselves in rather than bursting with gratitude.

Saint Vincent de Paul himself understood well the loss of dignity that needy people suffer, and he admonished his followers like this:

“Don’t make the poor ask for what God, their Father, wants them to have. We should apologize if they have to ask for what they need.”

The gentleman is blue collar, anxious, obviously unused to asking for help. He questions me quietly so that no one else in the store will overhear.

“Do you give clothes to people who need them? It’s not for me, it’s for my cousin.”

“Your cousin has to come down and ask for himself,” I tell him.

“He works five in the morning until seven. He just got the job and can’t miss, but he only has one pair of pants.” I must look a little skeptical at this claim.

He hesitates but then explains. “He just got out of prison. It was his second time.” A shrug. “Anyway, I told his parole officer that he could live with me until he got on his feet. He’s family; if I don’t give him a chance, who will? They taught him to hang drywall in there. This is the first decent job he’s ever had, but he doesn’t get paid until next Friday. I gave him some of my pants but he’s six foot three and skinny as a rail. No way he can fit in my stuff. You know anything about drywall? The dust? His pants stand up by themselves when he takes them off. There’s no time to wash and dry them.”

On the clothes racks we find sweatpants, shirts, socks, and a winter coat. As I bag the clothes, he asks, “Can I rake your leaves? I’d like to do something to help you folks out. I’ll make sure my cousin comes in to thank you when he gets a day off, but let me do something today.”

I tell him it isn’t necessary, but he asks again, and then another time after I hand him the bag. I refuse again just as my coworker Jim walks by us.

Jim, overhearing the offer, is more perceptive than I. “I’ll get you a rake,” he tells him. “Thanks very much, it would be a great help.”

The man rakes every leaf into a tidy pile. When he comes back inside, he is no longer anxious or uneasy. He shakes our hands, gathers up his small bag of clothing and walks out.

This man raking the leaves at the St. Vinnie’s thrift shop is confirmation of a niggling suspicion I have about the place. Gradually, over the first few months that I work there, it starts to become uneasily clear to me that we are not trying to change the world. We aren’t trying to change poor people either.

The only thing it seems we are trying to change is ourselves. 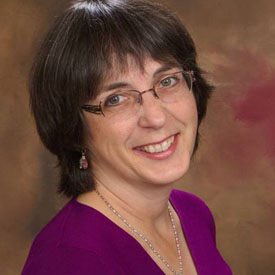