The Synodal Process: The Church’s Way of Proceeding

Simply put, a synod (SIH-nuhd) is an assembly of Church leaders who address and make recommendations regarding a situation or a matter of great importance. A synod is not a deliberative body with decision-making powers. Rather, the assembly of leaders meets to engage in a structured conversation surrounding an issue, with the goal of making recommendations for the final decision-maker. A synod of priests and lay people in a diocese takes place to advise the bishop. A synod of bishops takes place to advise the pope.

Synods do not follow Robert’s Rules of Order (parliamentary procedure), which is a secular model for procedural meetings, with the end goal of making a decision based on a majority vote. Rather, a synod is characterized by a process of discernment and consensus. It is a spiritual rather than a political process. This synodal way of proceeding is characterized by:

The synodal process takes time and effort. The goal is not efficiency, but rather effectiveness and engagement—a way of enabling members of the Body of Christ to influence how the Body will proceed. It is a Spirit-led, formational process that shapes the People of God.

In their book, What’s Your Decision? authors J. Michael Sparough, SJ; Jim Manney; and Tim Hipskind, SJ, remind us that a good decision is always preceded by a “God decision.” They remind us that, as St. Ignatius taught, God cares deeply about our decisions (individual and communal), and we can come to know God’s will for us. A synodal Church does not allow itself to be bogged down by politics or manipulated by people with agendas. Rather, a synodal Church is guided by the Holy Spirit. The only agenda is God’s mission to proclaim the Kingdom of God.

Pope Francis has brought the theme of synodality (SIH-nuh-DAL-it-ee) to the forefront of the Church. He convened a synod of bishops in Rome on October 10, 2021. That synod is being followed by local synods in dioceses around the world. Then, following two years of preparation, listening, and discernment, bishops will once again assemble in Rome in October, 2023, to complete the synod. The goal of this synodal process is to renew the Church and collectively discern a future for it by considering the following:

According to Pope Francis, “The purpose of the Synod…is not to produce documents, but ‘to plant dreams, draw forth prophecies and visions, allow hope to flourish, inspire trust, bind up wounds, weave together relationships, awaken a dawn of hope, learn from one another and create a bright resourcefulness that will enlighten minds, warm hearts, give strength to our hands.’” (Preparatory Document, #32) 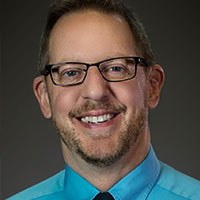