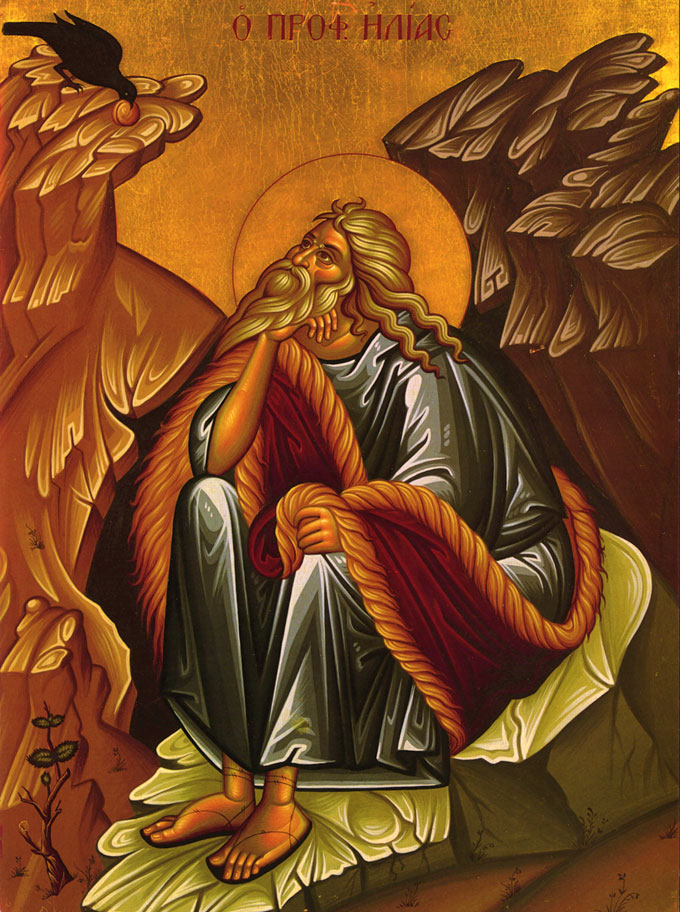 Prophets arose in Israel during the period when Israel’s kings challenged the people in power—the political rulers and the economic elite. Not all the prophets were anti-establishment, however. For example, Nathan was King David’s prophet, and he was financially supported by the king. But most of the prophets criticized the direction in which the people were being led by their rulers, and this often got them into trouble. They were met with hostility, ridicule, mistreatment, punishment, and exile. The word prophet means “to speak for.” The prophets spoke for God to the people, receiving God’s message through visions, dreams, and ecstasies. The prophetic message varied with the circumstances. When things were going well, the prophets warned the people about impending doom if they did not change their ways. When things were going badly, they supported the people with words of encouragement and hope.

Elijah was an early prophet whose narratives are recorded in the last part of First Kings and the first part of Second Kings. We know very little of what he said, but we are told stories of wonders that he performed, including the prediction of a drought and the multiplication of food.

In one amazing story, Elijah won a contest against the 450 prophets of the god Baal and proceeded to kill them all. At the end of his life, Elijah was taken up in a fiery chariot, leaving his mantle and power to his successor, Elisha. To this very day, at every celebration of the Passover, the Jews look for the return of Elijah, whom they consider to be the greatest of the prophets. It was in that role as greatest of the prophets that Elijah appeared at the Transfiguration of Jesus.

Amos was a shepherd from the town of Tekoa in Judah, the southern kingdom. He insisted that he was not a professional prophet. In the middle of the eighth century B.C. he felt called by God to prophesy in Israel, the northern kingdom.

The message Amos gave there was disagreeable to Israel’s ruling powers. He identified all of Israel’s neighbors as being under God’s care and subject to God’s punishment. His harshest words, however, were aimed at Israel itself, specifically its royalty and aristocracy. Amos condemned these elite for enriching themselves at the expense of the poor, and he made it clear that they were doomed, with no chance of avoiding disaster.

His message was more than the ruling class could bear, and he was forced to leave the religious center of Bethel and return to the south. But by then Amos had changed the direction of the prophetic discussion of justice and righteousness, from focusing on God’s dealings with the people to the people’s dealings with each other. The heart of Amos’ message is: “Let justice roll down like water.”

The Book of Isaiah in the Old Testament gets its name from a prophet who lived and worked in Jerusalem before the Exile, but that prophet did not write everything that is in the Book of Isaiah. His prophetic teachings are included in the first 39 chapters. The writings of another prophet, whom we call Second Isaiah, are in chapters 40–55. The teachings of yet another prophet, whom we call Third Isaiah, are found in the rest of the book. Second Isaiah dealt with the horrible experience of the destruction of Jerusalem and the exile of most of the people to Babylon. These events seemed to contradict the Exodus experience and God’s covenant with Israel, through which they had been given their land. In the process of trying to help them keep their hope and trust in God alive, Second Isaiah developed a beautiful theology of divine providence. Mixed in with the prophecies of Second Isaiah is a collection of oracles about the Suffering Servant, passages which have become familiar to us as part of the liturgies of Holy Week.

Around the year 734 B.C., Isaiah met with King Ahaz in Jerusalem and advised him on a serious dilemma the king faced. Isaiah wanted to show the king that the Davidic dynasty still had God’s support. Isaiah spoke to the king of a sign that would be given—a young woman would give birth to a son, and his name would be Immanuel (Isaiah 7:14). In other words, he would represent God’s favor with the king and with the Davidic dynasty. Isaiah may have had in mind the future king Hezekiah, but Matthew saw things differently. Matthew saw Isaiah’s message to Ahaz as a prophesy about Jesus (Matthew 1:22–23). For Matthew the belief that “God is with us” was a basic theme of his Gospel, and he returns to it in the middle of his work (18:20) and at the very end (28:20). The Church has always followed Matthew’s lead in using the passage from Isaiah to learn important things about Jesus.

Jeremiah was born of a priestly family in the middle of the seventh century B.C. He supported the efforts of King Josiah to restore the worship of the true God, but when idolatry returned after Josiah’s death, Jeremiah was so critical of the people that he was arrested, imprisoned, and publicly disgraced. After the Babylonian king Nebuchadnezzar captured Jerusalem and exiled the king, Jeremiah tried to steer the new king in a moderate direction, but his efforts failed. Nebuchadnezzar returned in 587 to completely destroy Jerusalem. Jeremiah was taken to Egypt against his will, and prophesied from there. Jeremiah made important contributions to the Israelite understanding of repentance, justice, and prophesy. He is most remembered for his prophesy of “a new covenant with the house of Israel and the house of Judah.” Furthermore, God told Jeremiah that “I will place my law within them, and write it upon their hearts” and “All, from least to greatest, shall know me, says the LORD, for I will forgive their evildoing and remember their sin no more” (Jeremiah 31:31,33–34).

Ezekiel was a priest in the Temple in Jerusalem. He was probably taken to Babylon in 597 B.C. with the first group of exiles when the Babylonians conquered Jerusalem. The Book of Ezekiel records what happened four years later. Ezekiel was living in a village in Babylon when he received his call to be a prophet. He prophesied to the exiles that the Temple would be destroyed because of the idolatry of the Jews before the exile. In 587 B.C. the Babylonians did indeed destroy the Temple.