The Archdiocese of New Orleans’s Catholic Cultural Heritage Center sponsored its first arts competition for high school students, titled Catholic New Orleans. The organizers’ goal for the competition was to get the community involved in a meaningful way that was reflective of the Church’s rich cultural history in New Orleans. 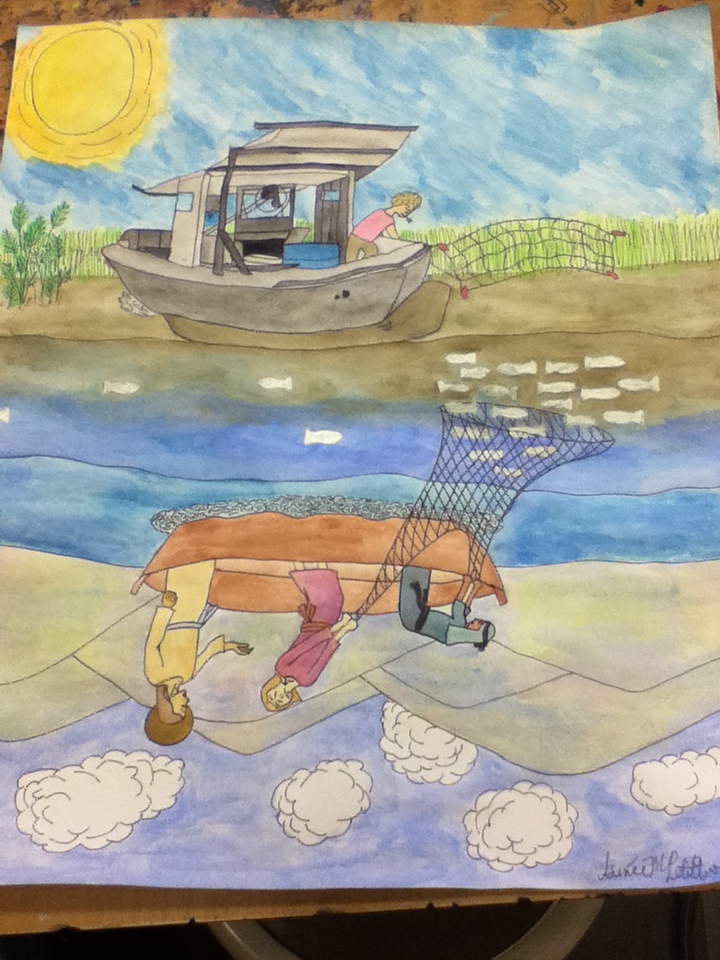 “We thought an art contest for high school students would be a great way to encourage young artists,” said Dr. Emilie Gagnet Leumas, archivist of the Archdiocese of New Orleans. “The benefits of the contest are twofold: It helps us to exhibit the incredible art of our students, and it gives them the opportunity to showcase their talents in a major exhibit at a highly regarded museum.”

The organizers put out a call to all archdiocesan high schools, as well as to public schools and home-school students. Artists from seven high schools entered their work, and several other schools expressed interest in participating next year.

“These young artists have shown extraordinary talent,” said Dr. Leumas. “We are all so impressed with the level of creativity and skill shown in their work.”

To express the theme of Catholic New Orleans, students chose local subjects, such as a version of New Orleans’ Our Lady of Prompt Succor, a devotion to the Blessed Mother that grew when urgent prayers for help were promptly answered; Second Lining with Jesus, a student’s interpretation of Jesus playing in a brass band parade in New Orleans; and Louisiana Fishers of Men, which depicts shrimp boat fishermen and the image of Jesus casting his net reflected in the water.

The exhibit includes 35 entries, based on judges’ rankings. The competition’s five judges include the director of Saint Louis Cathedral, the board president of the Catholic Cultural Heritage Center, and three professional artists. Entries were judged in four class categories: freshman, sophomore, junior, and senior. Cash awards were made for first place ($150), second ($100), and third ($50) in each of the four categories. Entries were judged on interpretation of the theme, creativity, design, and technique. All artists who entered are invited to a private opening reception before the exhibition opens to public the following week.