A Reflection by Gary Jansen

Some years ago a dear friend of mine told me her beloved grandmother had been diagnosed with cancer. She was crying to me and at some point I said, “I’ll pray for your grandmother. She’s going to be alright.” My friend, who had given up on God years ago after a series of disappointments and setbacks, gave me a look like, “Yeah, right. Like that will do any good.”

Well, I went home and prayed hard for my friend’s grandmother, asking God to heal this woman I had never met. For two weeks, I prayed night and day and would go to my local church and light candles for her during my lunch hour. At a certain point I stopped praying for no other reason than I got busy at work and home. But my friend called me a couple of days later to say that something amazing had happened. Doctors had done tests on her grandmother before her operation and they didn’t find a drop of cancer. They tested her twice and the results were the same. She was disease-free. My friend laughed and cried into the phone. “You were the only person that I know of who prayed for her. I think your prayers worked.”

I have no idea if my prayers helped in this situation. Only God heals. I do know, though, that I prayed my heart out and that my friend who had given up on God has now found God again. 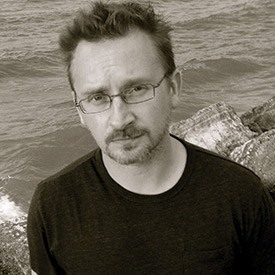 Gary Jansen is senior editor of religion and spirituality at the Crown Publishing Group at Penguin Random House.