A Reflection by Elizabeth Pardi

Between the ages of 17 and 23, I was never single. I was involved in two, very serious, back-to-back relationships, both of which I was certain would culminate in marriage. Eventually, the second one reached a point where it became clear that our values differed greatly and although I had lounged in the comfort of romantic companionship for the past six years, it was time to let go.

We broke up over the phone and the pain of cutting that cord was palpable. When the conversation ended, I curled up on my bed and sobbed bitterly as loneliness, fear, and uncertainty gripped my broken heart. I was terrified of what the future held, clueless as to how to navigate the treacherous waters of life without a significant other at my side. My doubts urged me to pick up the phone, retract everything that had been said, and crawl back into the familiarity of the relationship. Grace, however, kept me strong.

“Okay, Lord,” I said aloud amidst my weeping. “It’s you and me now.” The loosening of my stiff grasp on life’s steering wheel was underway, although it’s an ongoing process in continuation to this day. I cried myself to sleep and woke up several hours later in the quiet stillness to a strange but tangibly soothing peacefulness. My eyes roamed the room and fell upon the chair that was usually tucked beneath a desk, now turned and facing the bed. It was as if Jesus had been sitting there throughout the whole ordeal, watching me sob and then drift to sleep.

“I’m not going anywhere,” he told me. “Just wait till you see what’s in store for us.” A year later, I met my husband. 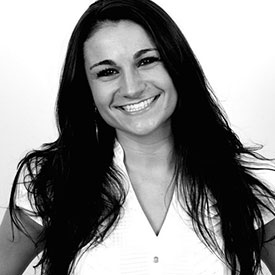 Elizabeth Pardi is a wife, mother, writer, runner and perpetual pajama wearer. She writes from Columbus, OH where she seeks joy by learning and laughing her way through the messiness of this journey. Read more of her work at lovealwaysliz.com.