Understanding and Praying with the Parable of the Forgiving Father

[The parable of the forgiving father (Luke 15:11–32)] is surely one of the most beautiful stories ever written! It has been celebrated on stage, in art and music, and most significantly, it has been relived in countless lives and families. Luke has so exquisitely rendered the feelings of the father and his sons that we are immediately drawn into the drama of this very human situation.

This is the story of a father who had two sons. He “lost them both, one in a foreign country, the other behind a barricade of self-righteousness.” Popularly known as the parable of the prodigal son, a more appropriate title might be the parable of the forgiving father, because the focus of the story is primarily on the father’s love and mercy toward his sons.

One can imagine the father’s feelings when the younger son requested his inheritance—what would belong to him when his father died. Although it was not uncommon to see an estate divided among heirs before death, it seemed as if the younger son could not wait for his father to die.

As he watched his son go down the road, carrying “all he had,” the father must have been filled with apprehension for him. Then his worst fears were realized! The son lavishly spent and wasted his father’s gift until he was reduced to abject poverty. He was hungry; he was homeless; he was alone.

He had sunk to what, for a Jew, was the lowest possible level, for he was reduced to caring for the pigs of a Gentile landowner. For the Jews, the pig was considered the most unclean of all animals, and to be employed by a Gentile was to be under the influence and control of one who worshipped foreign gods. Finally, at the point of death—“I am dying of hunger”—he came to his senses and was filled with the desire to return home.

Even in the moment of deepest despair, his father’s love was active in his memories. The father’s deep longing for his son was present within the son’s burning desire to return home. Though distant, father and son were united in love and yearning for each other—one calling, one responding.

The father received his son; he kissed him tenderly. The son began his carefully rehearsed admission of guilt. He said, “I have sinned against heaven and before you. I am no longer worthy to be called your son.”

He was interrupted by his father’s uncontained joy. In the embrace of his father, the son was welcomed, forgiven, and restored to full sonship. His father honored him with a fine robe to cover his nakedness. He received from his father a ring, which signified the reinstatement of his authority as a son in his father’s house. The sandals that were placed on his feet were further indication that he was not a slave, because only free people wore shoes. The son had been lost and found. Now he knew what it meant to be his father’s son. He was home! The father was overjoyed: “My son has come to life; let the celebration begin!”

No sooner had the music and dancing begun than the other, older son stormed in and confronted their father. However disappointed the father may have been by the older son’s resentment and ill will, he had the wisdom not to take sides. He may have sensed that the older son was suffering an alienation of his own. The older son’s attitudes had distanced him from his brother to such an extent that he referred to him not as “my brother” but as “this son of yours.” His self-righteous attitudes had prevented him from entering into a loving relationship, not only with his brother but also with his father. The elder son, too, was lost; he was lost in a foreign land of his own making.

The father responded as he had with his younger son. He was compassionate. He did not ridicule his son, but rebuked him gently. “You are always with me, and all that is mine is yours.” All the father was able to do was invite the son to confront his negativity, accept his own position, and enter into the joy of his brother’s return.

I ask for a deepening awareness of my sinfulness and a growing sorrow.

I enter this passage by allowing the story to unfold within me. I invite one of the sons to come forward. I assume his role and relive it in my imagination, observing in detail his actions and words.

I close my prayer with a threefold conversation.

I turn to Mary who, with us, forms part of the community of all who have followed or do follow Christ. As mother of Jesus, she holds a special place in the communion of saints. In my own words, I ask her to obtain for me the gifts of

I turn to Jesus, begging him to ask the Father in his name for these same gifts for me.

I turn to God the Father, that he who loved us so much that he sent his only Son will give me these same graces.

I pray the Our Father.

I write in my journal any feelings, experiences, or insights that surfaced during this period of prayer. I take special note of those that relate to my response to the Father.

Excerpted from Forgiveness: A Guide for Prayer 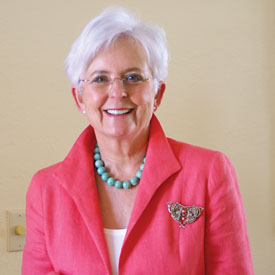 Jacqueline Syrup Bergan is connected with the Franciscan Renewal Center in Phoenix, Arizona, and teaches Ignatian sprituality for the Arizona Ecumenical Institute. 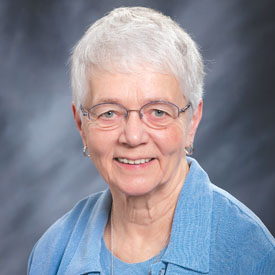 Sister Marie Schwan, CSJ, is in ministry for the Diocese of Rapid City, South Dakota.