I can only speak for myself. My resolutions often fail for two reasons: I think I can do it on my own and I think it can be “once and done” instead of ongoing. As for thinking that I can accomplish my resolutions on my own, I tend to forget one tiny little detail: I can do nothing without God! In her book, Simple Acts of Moving Forward: A Little Book About Getting Unstuck, Vinita Hampton Wright reminds us that “Sooner or later God figures in.” Personally, I prefer sooner rather than later. Ultimately, that’s why I go to Mass on Sunday and receive the Eucharist – it’s my way of admitting repeatedly that, at my deepest level, I am incapable of sustaining myself: “but only say the word and my soul shall be healed.” People in twelve-step programs know this well: change can only come with reliance on a higher power.

As for thinking that this can be “once and done,” I too often forget that Jesus said, “If anyone would come after me, let him deny himself and take up his cross daily and follow me.” (Luke 9:23) Not “take up his cross once” or “take up his cross for a little while” but “take up his cross daily.” At first that may sound like a downer, but when we realize that following Jesus doesn’t end with the cross but with Resurrection and new life, we can find the patience, endurance, and determination to remain committed to our goals even in the face of hardship.

And so, have a happy new year. And with the help of God’s grace, may we resolve each day of the new year to become the people God knows we can be. 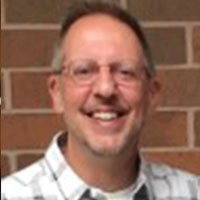