The Mission of the Resurrection

For forty days Jesus stayed among the people, until he was taken up to heaven in a cloud.

During this time, he laid the foundations for his church to continue his presence and work on earth. He gave final instructions to his twelve handpicked apostles, the patriarchs of this new extended family of God.

He had instructed them privately throughout his ministry and given them powers to heal and cast out demons in his name. In those last forty days, he taught them how to interpret the Scriptures and preach. He breathed his Spirit into them, confirmed their authority to forgive sins in his name. He gave them a mission—to preach the good news of his salvation to the ends of the earth, to celebrate the breaking of the bread in his memory, to teach what he had taught them, to baptize all nations and make them one family in God. He promised he would remain on earth through his church—present in the sacraments, living signs that truly bring people into contact with his saving presence.

Jesus ascended to heaven in his glorified, risen body. He took his place in heaven in all the fullness of his humanity, bearing for all time the marks where the nails had been, the signs of his passion carved forever into his precious skin. From that day forward, we could never think of God without thinking of humankind. The very being of God—the Trinity of Father, Son, and Spirit—now contains One who is one of us.

Jesus is now “seated in glory at the right hand of the Father.” He is “King of kings and Lord of lords.” He will come again one day to render a final judgment on the living and the dead and to usher in the never-ending kingdom that Israel's prophets proclaimed, the new Jerusalem that will come down from heaven. Until that day, Jesus will remain our high priest in the precincts of heaven, hearing our prayers and sending us his Spirit. He is the one mediator between our Father and us, the only one who can save us from the sin of the world.

Until Christ comes again, Catholics live as the first apostles did—as witnesses to his resurrection, trying by his grace to testify with our entire being to the salvation he won for us. We live by faith in all that he revealed about God. We experience our lives as people born of the water and blood that flows from his sacred heart. We call God our Father and love all men and women as our brothers and sisters. We live by hope in the promise that the kingdom is coming, growing and spreading under the Father’s watchful eye in the church of his Son, empowered by his Spirit. And we live by love, in imitation of Jesus, with the love of God in our hearts giving meaning to everything we do. By his grace, we live as he did, as living “Eucharists,” as offerings of praise and thanksgiving.

And we see miracles every day, not only at the altar where bread and wine become his body and blood. We see lives changed by the encounter with the risen Jesus, and we believe that no person stands beyond the pale of his love. We have seen with our own eyes the truth of what he said, that with God all things are possible. 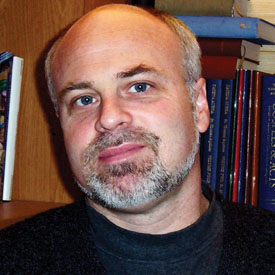