Hungering for the Day of First Holy Communion 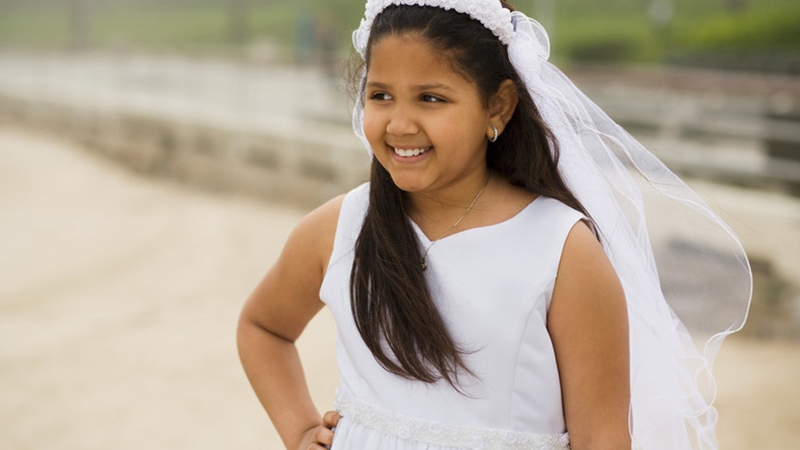 The practice of abstaining from food and water for an hour before receiving the Eucharist is meant to build a spiritual hunger on a physical one. With 10 grandchildren and a commitment never to miss their First Holy Communions, I want to increase their hunger and desire for Jesus Christ in the Eucharist. When my granddaughter Helena was four, I leaned down to her at Mass and said, “Someday, you’ll get to have the Jesus bread too.” I was hoping to encourage Helena’s hunger for Christ. When my granddaughter Kirra was five, squirming at Mass, she turned to me right as the priest was saying, “Behold the Lamb of God,” and said, “I’m hungry.” I believe that Jesus was already beckoning her to the table.

Eucharist nourishes us in many ways, one of which is in feeding a community spirit. For the First Communion after-party, get friends together, including godparents, neighbors, people from church, and relatives. In Scripture, Jesus was often eating with friends. Include special foods from your family’s celebratory traditions. Younger siblings will notice and catch the excitement.

When I was preparing for my First Holy Communion, adults often said to me, “I’ll never forget my First Communion day.” I remember feeling that I had better pay attention when my day came, so that I could say the same thing years later. That’s why it’s important to tell today’s children the stories about our own First Holy Communion and what we remember about others’. I like to remind first-graders that their countdown to the sacrament has begun. Then, I ask second-graders about what they’re learning and whether they’re excited. I also tell them the story of the Hebrews eating the Passover lamb. We eat the Lamb of God, today, and we are saved, too.

People also do lots of other things to make the immediate year of preparation for First Holy Communion special. For instance, give children who are entering their sacramental preparation year the responsibility for setting the table at home. The simple act of placing dishes and cups can be a prayer. When at Mass, point out to children the moments when the altar is set. Who does the setting? Children can set the table at home until the day of their First Holy Communion, when they eat first. Afterward, transition them from setting the table to helping serve meals as a sign of Christ missioning us to serve others. Create a centerpiece for the month using a wine glass or goblet, along with some bread. Remember Jesus dines with us.

Give gifts that will continue to increase children’s hunger for the Eucharist long after their First Holy Communion. Someone gave my grandson David a kit to make a banner like those that often hang on pews during the Mass. My first thought was that this gift was too late. But David loved making the banner during his after-party. All my grandchildren love crafts. I want to incorporate images of First Holy Communion into arts and crafts activities for other grandchildren. It’s one way to feed their hunger for Jesus Christ in the Eucharist.

It also grows my own, making me more aware that I’m partaking in a meal with the Lord of the Universe. 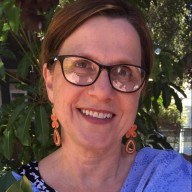